Alexandria Ocasio-Cortez has said the border crisis is a crisis of Imperialism.
Is that true? What is 'Imperialism'?

a primer on 'Imperialism' 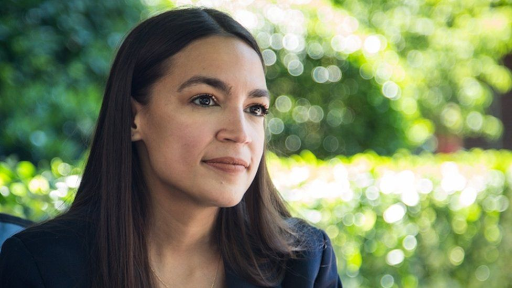 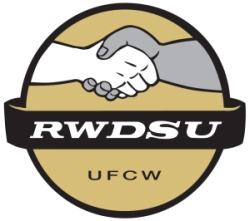 Posted by The Red Caboose at 4:44 AM No comments:

The George Floyd Trial and the Struggle for Global Progress,  Justice and Socialism

on Enlighten Radio and on the Facebook Socialist Economics Group

Posted by The Red Caboose at 5:38 PM No comments:

Live on www.enlightenradio.org and the FB Socialist Economics Group announcements.

1. The new Cold War with China 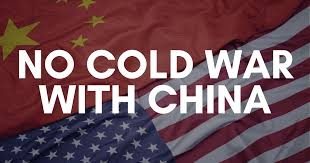 The war on labor and voting in West Virginia 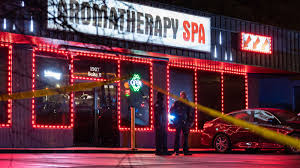 4. NO  MEDICAID, NO ADDICTION TREATMENT 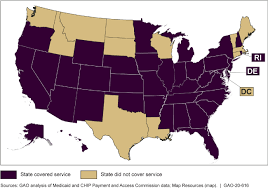 Posted by The Red Caboose at 3:07 PM No comments:

Posted by The Red Caboose at 9:01 AM No comments:

Enlighten Radio: A Diamond in the Muddy Road

A Diamond in the Muddy Road

(adapted from the Japanese)

A Hound Dog and Rooster Koan 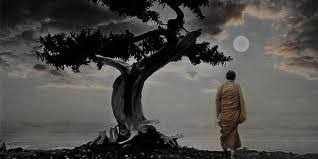 Hound Dog was an early Master of American Zen, and once served as the President's teacher in his youth. Despite access  to privilege and power, nevertheless, he preferred to travel alone as an itinerant electrician, plumber, bar bouncer, and provider of rare perfumes.

Once, during his tenure as advisor to the President, when he was on his way to Lexington, Kentucky, a cultural and political center of General Electric Appliance employees, he  approached a little village named Badaburg. It was evening and a heavy rain was falling. The Hound Dog was thoroughly wet. His shoes were in pieces. At a driveway to a farmhouse near Badaburg he saw a sign that said "Fine Leatherwork Done Here".

The farmhouse windows were lit. He approached the house and noticed a dozen sandals, shoes, and boots, some for men, some for women, some for a child, in the window. Hound Dog resolved to try and buy some dry shoes, if it was not too late.

The woman who answered his door knock offered him the sandals, and,   seeing how wet he was, but dignified, invited him in to remain for the night in her home. Hound Dog accepted, thanking her.

She fed him a chowder and he entertained her children with stories. Observing that the entire family was depressed, Hound Dog asked what was wrong.

"My husband is a gambler and a drunkard," the woman told him. "When he happens to win he drinks and becomes abusive. When he loses he borrows money from others. Sometimes when he becomes thoroughly drunk he does not come home at all. What can I do?"

Hound Dog paused in thought, and then said:

"I will help him. Here is some money."

She was astonished. He had handed her 10 crisp thousand dollar bills.

"Now," he said, "if could bring me a gallon of fine wine and something good to eat. you may retire. I will wait for  your husband, and meditate.

When the man of the house returned about midnight, quite drunk, he bellowed: "Hey, wife, I am home. Have you something for me to eat?"

"I have something for you," said Hound Dog. "I happened to be caught in the rain and your wife kindly asked me to remain here for the night. In return I have bought some wine and fish, so you might as well have them."

The man was delighted. He drank the wine at once and laid himself down on the floor. Hound Dog did not drink or eat, but sat in meditation beside him.

In the morning when the husband awoke he had forgotten about the previous night. "Who are you? Where do you come from?" he asked Hound Dog, who was still meditating.

"I am the Hound Dog and I am going to Lexington," replied the Zen master.

The man was utterly ashamed. The fame of the Hound Dog was widespread. He apologized profusely to the teacher of the President.

Hound Dog smiled. "Everything in this life is impermanent," he explained. "Life is very brief. Very brief. If you keep on gambling and drinking, you will have no time left to accomplish anything else, and you will cause your family to suffer too."

The perception of the husband awoke as if from a dream. "You are right," he declared. "How can I ever repay you for this wonderful teaching! Let me see you off and carry your things a little way."

"If you wish," assented the Hound Dog.

Before leaving, the Hound Dog left another 10 thousand dollar bills in the purse of the Woman who gave him sandals she had made.

The two started out. After they had gone three miles Hound Dog told him to return. "Just another five miles," he begged Hound Dog.

"After another ten miles," the man replied.

"Return now," said Hound Dog, when the ten miles had been passed.

"I am going to follow you all the rest of my life," declared the man.

Hound Dog asked the man  his name. After he responded with his family name, Hound Dog said to him: "From now, your name is Rooster, the Man Who Never Turned Back." And he never did.

Posted by The Red Caboose at 7:08 AM No comments: 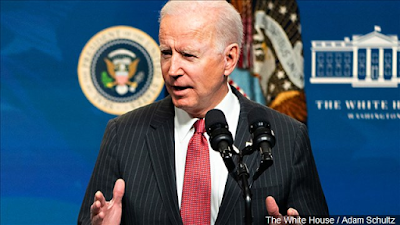 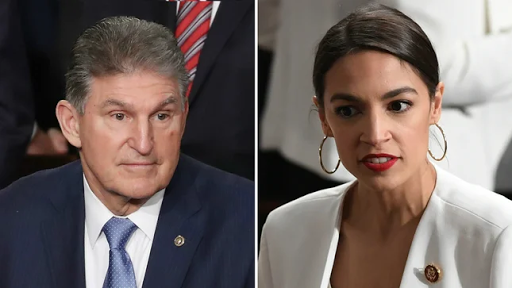 Jim Justice Cashes in on Biden's Rescue?
Our only billionaire gets hungry 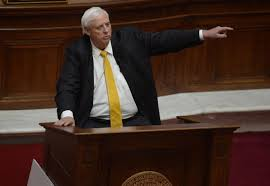 Posted by The Red Caboose at 4:04 PM No comments:

Posted by The Red Caboose at 4:44 PM No comments: